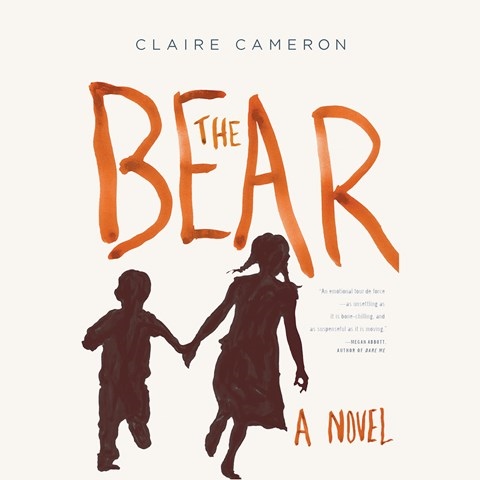 Five-year-old Anna and her 2-year-old brother must survive on their own in remote Canada after a bear kills their parents. Told from Anna's point of view, the story is made doubly harrowing by narrator Cassandra Morris's childlike voice. When a rogue bear attacks the family's campsite, Anna and Stick are saved by the desperate actions of their father but then must fend for themselves. Morris's emotional range matches that of the child she portrays, changing at the turn of a thought. With convincing authenticity, Morris creates the childish "Mom voice" Anna uses to cajole her brother to obey, as well as the internalized sulkiness of a young girl who is unaccustomed to sacrificing her own needs for another's. Like Emma Donoghue's ROOM, THE BEAR is a discomforting, but ultimately emotional and compelling, story. L.T. © AudioFile 2014, Portland, Maine [Published: APRIL 2014]