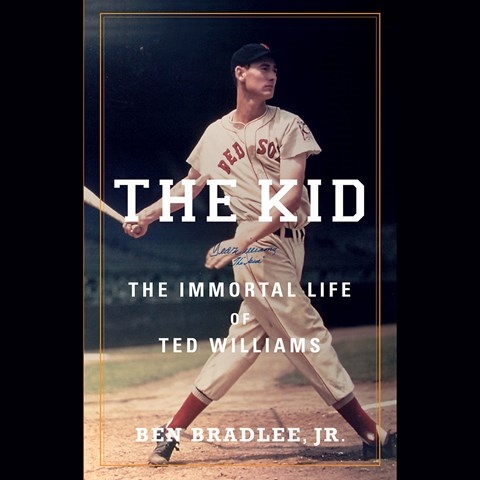 THE KID The Immortal Life of Ted Williams

Anytime an author sets out to write a definitive biography, expect many layers to be peeled back from the subject’s life. Ben Bradlee, Jr., does that admirably in this exhaustive book about one of baseball’s greatest hitters. Narrator Dave Mallow keeps a steady pace while maintaining a consistent tone for the listener. The author aims to paint a picture of Williams’s life off the field, since “The Kid’s" on-the-field accolades are well documented. Mallow resists the temptation to imitate voices for the women in Williams’s world, but he brings to life the angry quotes and commentary that capture the ballplayer’s bitterness toward many people, especially sportswriters. In the end, the listener is left with a well-told story about an imperfect man. M.B. © AudioFile 2014, Portland, Maine [Published: FEBRUARY 2014]