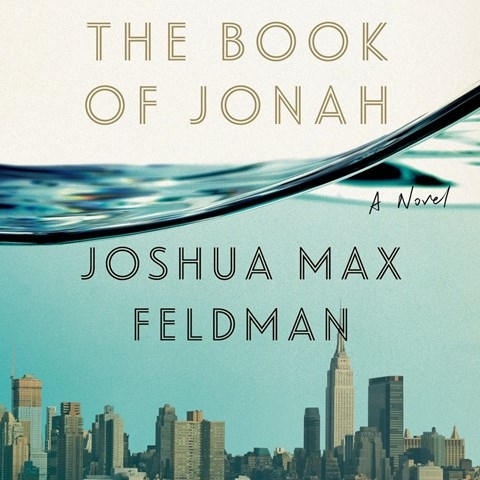 THE BOOK OF JONAH

David Pittu is one of those expert narrators who disappear into a story. You don’t hear him interpreting it, or commenting on it; he becomes part of it. His task here is to portray a young Master of the Universe called Jonah whose ambition, selfishness, and willingness to betray should make you want to kick him down the stairs. But Pittu puts you inside Jonah, makes you feel what he feels, and as his life blows up, what he feels is shattering. Jonah’s tale runs parallel to the story of Judith, an equally driven, traumatized, and complex character whom Pittu inhabits just as fully as he does Jonah. You know they’re going to meet, and you have to know what happens. It’s a bravura performance. B.G. Winner of AudioFile Earphones Award © AudioFile 2014, Portland, Maine [Published: FEBRUARY 2014]