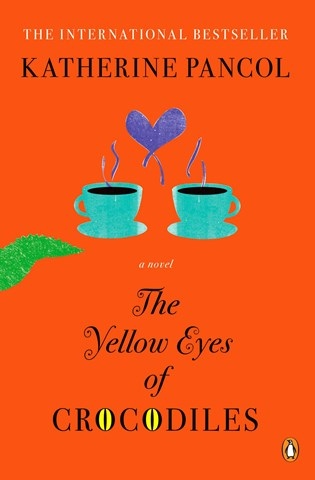 THE YELLOW EYES OF CROCODILES

Ellen Archer offers a charming rendering of the first book in Pancol’s character-driven trilogy. She captures listeners immediately as medieval historian Joséphine accidentally slices her wrist while preparing dinner. Joséphine stares at the wound, imagining letting the blood flow and leaving her problems behind. Her unfaithful husband has gone to Africa with his mistress to run a crocodile farm, leaving her in debt. Iris, Joséphine’s fashionista sister, proposes that Joséphine write a novel and that she, Iris, claim authorship. They’ll split the novel’s earnings. Archer slips easily into the myriad characters, offering fascinating insights into people’s motivations, behaviors, and an author’s writing process. Thanks to Archer’s satisfying performance of this well-written English translation of Pancol’s French bestseller, listeners will eagerly await the next installments. S.J.H. Winner of AudioFile Earphones Award © AudioFile 2014, Portland, Maine [Published: MARCH 2014]