Home»Reviews»PLEASURE OF A DARK PRINCE 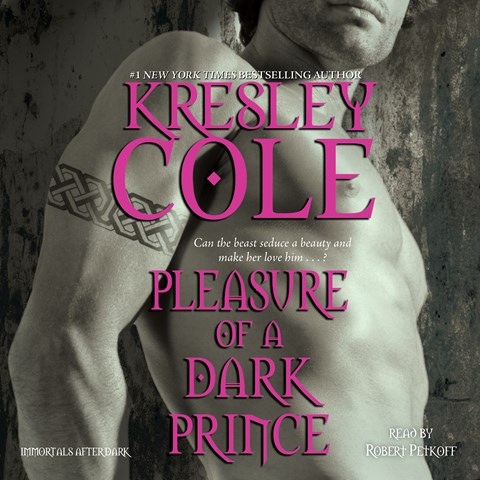 PLEASURE OF A DARK PRINCE Immortals After Dark, Book 9

Narrator Robert Petkoff proves that opposites do attract in Kresley Cole’s latest immortal pairing between Lucia the Huntress and werewolf Garreth MacRieve. Sparks fly when Garreth tracks his errant mate into the Amazonian jungle as she seeks a weapon with which to off her demonic husband. Petkoff creates an entire bestiary of voices for this steamy paranormal romance. Growling wolves and vampires overcome with bloodlust don’t faze this versatile performer, who is equally skilled with humorous and fight scenes. Throw in Scottish accents and a complex serial plot to keep straight for listeners, and you’re seeing Petkoff’s A-game. His exposition could sometimes be more fluid, but this fades as Cole’s motley Amazon expedition heats up with sassy dialogue and giant lizards chomping on the adventurers’ boat. C.A. 2015 Audies Finalist © AudioFile 2015, Portland, Maine [Published: APRIL 2015]