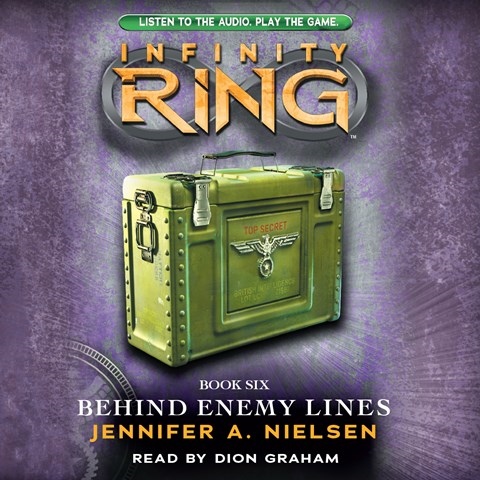 In a new episode, Dion Graham meets the challenge of narrating a historical time-travel series by maintaining consistency with the young heroes, Dak, Sera, and Riq. The trio is sent back to fix whatever history has been altered by the evil SQ. Graham adopts accents and changes tone and intensity as needed to depict the brand-new cast of characters the trio encounters in WWII Europe. He’s especially good at individualizing the German civilians and members of Hitler’s staff. Dak’s part of the mission finds him at Hitler’s headquarters, where his fear of being caught is palpable. Graham will have listeners young and old fully engaged and anticipating the sequel. M.F.T. © AudioFile 2014, Portland, Maine [Published: NOVEMBER 2014]