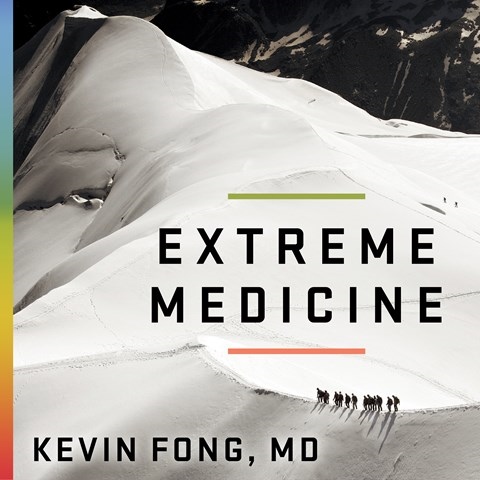 EXTREME MEDICINE How Exploration Transformed Medicine in the Twentieth Century

British doctor Kevin Fong, an adviser for NASA, has an extraordinary knack for telling breathtaking tales of macho medicine. His stories of London bombings, last-minute ice rescues, possible trips to Mars, and scuba diving danger will keep listeners fully engaged. Narrator Jonathan Cowley has a cultured, but completely comprehensible, British accent. His voice is always pleasing, but the high drama of Fong's tales inspires a breathless cadence that can be slightly distracting. The text has been imperfectly "translated" for an American audience, but the flaws are minor. Fong's science is solid and easy to understand, and his inclusion of personal and family experiences in his stories of medical derring-do works well. He's disciplined enough to make himself a witness without becoming the center of attention. F.C. © AudioFile 2014, Portland, Maine [Published: FEBRUARY 2014]