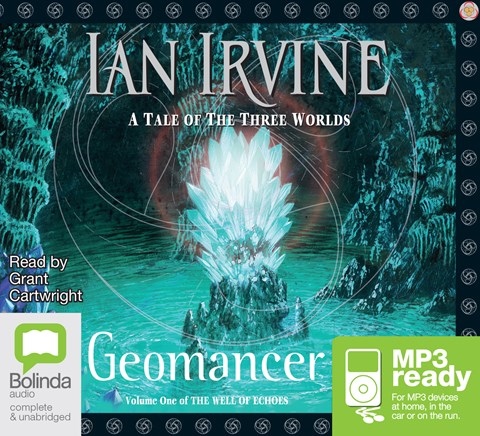 Grant Cartwright adeptly narrates this first in the Wells of Echoes quartet, a sequel to The View From the Mirror series. Listeners find the world at war, with crystals being the fuel that drive the weapons. Tiian is a young crystal worker who discovers she has a talent for geomancy. She’s punished by powerful enemies but escapes to search for a young man she has seen in her visions. Cartwright is a steady and smooth narrator. He maintains listener interest throughout this long book as he adeptly portrays the wide range of characters that Tiian encounters on her quest. J.E.M. © AudioFile 2014, Portland, Maine [Published: APRIL 2014]