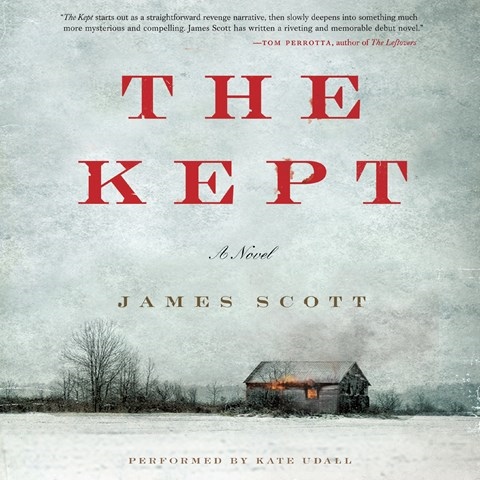 Narrator Kate Udall makes James Scott’s disturbing debut novel choice listening. In northern New York in the late nineteenth century, Elspeth Howell and her 12-year-old son, Caleb, set out to find the men who brutally murdered their family. While the two are motivated by revenge, this textured story offers much more. Udall’s performance slowly peels away carefully concealed secrets whose revelations leave no one unscathed. Udall captures the characters’ moral wretchedness in an unforgiving world, the rage and pent-up emotions of mother and son, and the human capacity for cruelty. Not for the squeamish due to some explicit raw descriptions, Scott’s controlled prose and Udall’s understated narration make this an experience that will stay with you long after you remove your earbuds. S.J.H. Winner of AudioFile Earphones Award © AudioFile 2014, Portland, Maine [Published: FEBRUARY 2014]