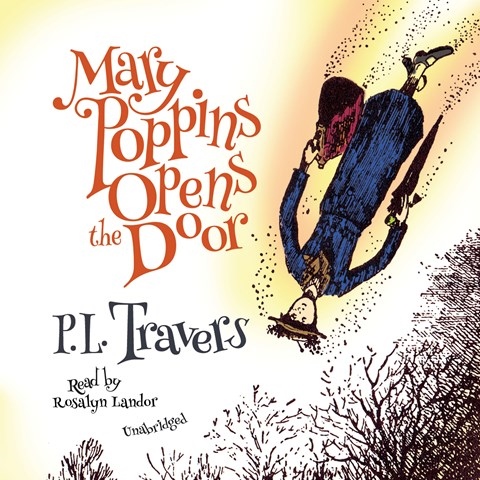 Rosalyn Landor’s versatile voice animates the myriad characters that inhabit Mary Poppins’s enchanted world when the much-loved nanny returns to the Banks’s residence. Jane’s and Michael’s lives ride a line between fantasy and reality when a clever china cat figurine and a marble statue of a boy come to life and teach them the value of appreciation. Landor adds an air of pomposity to her British accent in her portrayal of the detached Mr. Banks while Mrs. Banks’s uncertainty on how to handle her children is conveyed in Landor’s high, fluctuating tones. Meanwhile, Mary Poppins’s cool confidence comes through in Landor’s steady pacing and precise pronunciation, which also highlight Poppins’s dry humor and enigmatic character. M.F. © AudioFile 2014, Portland, Maine [Published: JANUARY 2014]