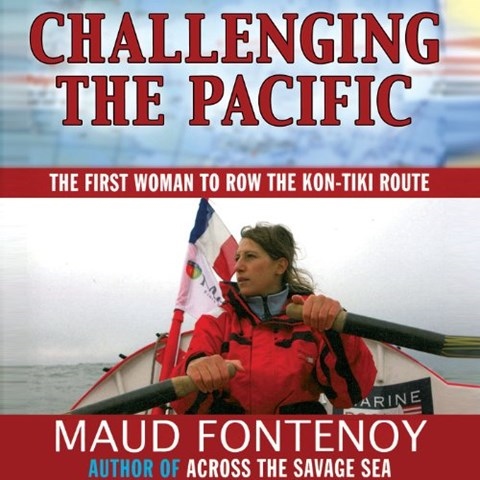 The sea is often considered the last untamed frontier on this big blue planet we call home. In a bright, sometimes breathless, voice, Eliza Foss captures all the emotional depth of this true story of one woman taking on the Pacific alone—in an attempt to replicate Thor Heyerdahl’s 1947 route by primitive boat from South America to Polynesia. With hushed tones, Foss describes magical moments that Fontenoy encounters, such as a mighty whale eyeing her tiny rowboat, Océor, before diving deep underneath it. During a sequence in which a vicious storm nearly ends the voyage, Foss adds a raw vitality to her voice that makes one ache for Fontenoy. In a fleeting four hours, Foss makes one believe that truly anything is possible, if there is the strength, courage, and determination to make it so. E.E. Winner of AudioFile Earphones Award © AudioFile 2014, Portland, Maine [Published: JANUARY 2014]