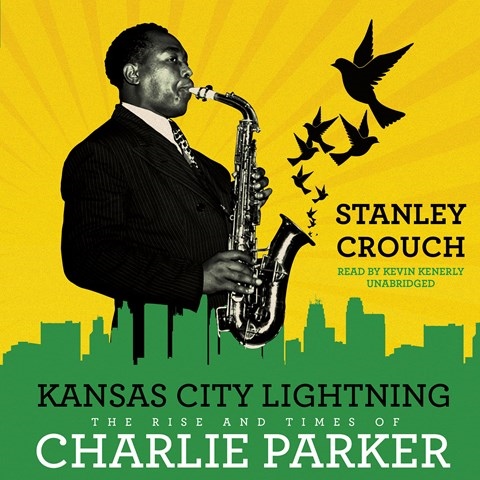 KANSAS CITY LIGHTNING The Rise and Times of Charlie Parker

Like the massive presidential bios of Stephen Ambrose and Robert Caro, this book, about jazz giant Charlie Parker—nicknamed “Bird”—is slated to be a multi-volume affair. This first installment covers Parker’s formative years in Kansas City, and formidable jazz critic Crouch paints a vivid picture of not just Parker’s life but also the rise of this mostly African-American art form, getting as far as Parker’s move to New York, where soon he would make history with the advent of bebop. One would be hard-pressed to find a more solid narrator than Kevin Kenerly—his voice jumps and dances with all the mad rhythm of a Bird solo, but it’s never breathlessly histrionic. It’s a great treatment of a great book, which begs the question—when’s the next volume coming out? J.S.H. © AudioFile 2014, Portland, Maine [Published: MAY 2014]