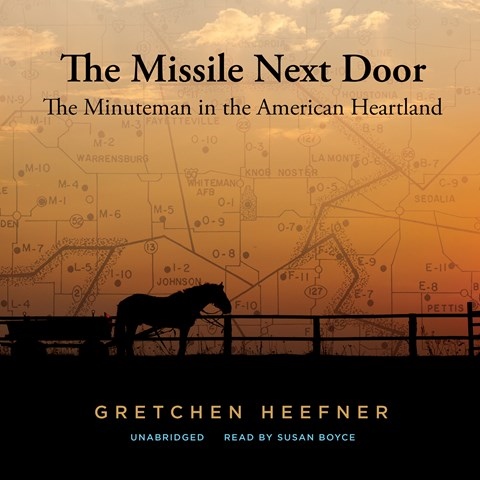 THE MISSILE NEXT DOOR The Minuteman in the American Heartland

This audiobook soberly examines the prospect of having a missile that could destroy half your state move into your neighborhood. Narrator Susan Boyce presents the history of the Minuteman intercontinental ballistic missiles (ICBMs), weapons capable of destroying the world, which were hidden in plain sight in thousands of communities in the U.S. during the Cold War. Boyce's journalistic performance enhances this powerful, and important, book about a bizarre chapter of American life—how everyday Americans learned to live with a supersonic missile as a neighbor. Unless you knew where to look, there was little to indicate that a warhead was hidden underground, but the neighbors always knew. The Cold War is now something for the history books, but these are the stories of people who lived it. M.S. Winner of AudioFile Earphones Award © AudioFile 2014, Portland, Maine [Published: FEBRUARY 2014]