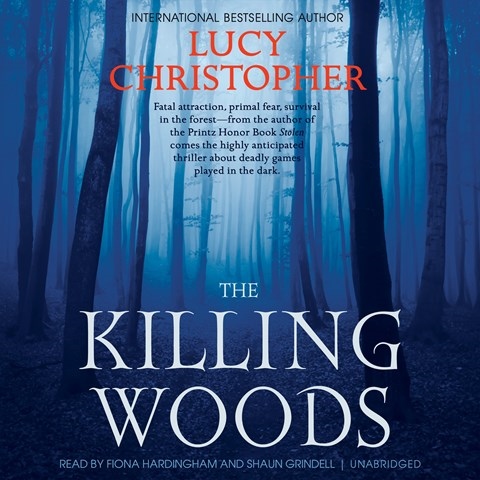 An Afghanistan veteran with PTSD arrives home one dark and stormy night carrying the body of a teenage girl. The events of that night are revealed through the accounts of his daughter, narrated by Fiona Hardingham, and the girl's boyfriend, narrated by Shaun Grindell. Hardingham is totally convincing as the bewildered and distraught Emily, who believes her father to be innocent. But Grindell, though impassioned and youthful in voice, sounds more Australian than English, and he gives Emily a voice that sounds more vintage than contemporary. If the listener can get past this, the story is compelling and atmospheric, and the authorial voice strong. C.A.T. © AudioFile 2014, Portland, Maine [Published: MARCH 2014]