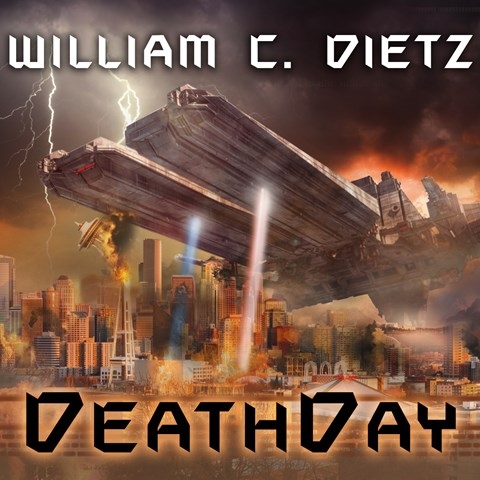 A story of alien invasion could be a narrator's nightmare. Starting with dozens of human voices and then having to create those of the invaders is a daunting task. Yet Luke Daniels is up to the challenge in this production, distinctively voicing not just the diverse humans but also the four classes of the invading Saurons. An allegory about racism, the production finds dark-skinned individuals, be they human or Sauron, in charge because that's how the aliens' caste system is organized. The oppressed groups hesitantly begin to band together just before this first book in the Sauron series ends. With a stark, matter-of-fact style, Daniels capably brings to life several armies of memorable characters. D.E.M. © AudioFile 2014, Portland, Maine [Published: MAY 2014]