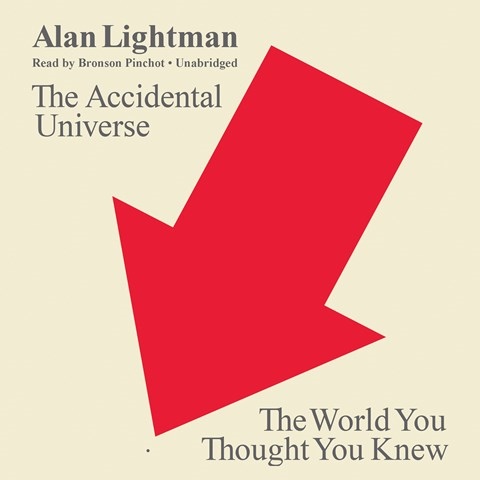 THE ACCIDENTAL UNIVERSE The World You Thought You Knew

Scientific discoveries have become part of popular culture over the past quarter-century, and this audiobook explores the effects that this new knowledge has had on our world. Lightman discusses religion and philosophy while positing that we might, indeed, live in a world that’s accidental. Bronson Pinchot brings his clear, commanding voice to this book and sounds suitably authoritative. He reads slowly enough to allow listeners to follow the author’s argument and pauses effectively to let it sink in. However, the book can be ponderous, and and Pinchot doesn’t overcome the material. He can’t quite keep the story moving under the weight of the science, interesting as it is, and his energy sometimes flags. The result is an interesting thesis in need of more vigor. R.I.G. © AudioFile 2014, Portland, Maine [Published: JUNE 2014]