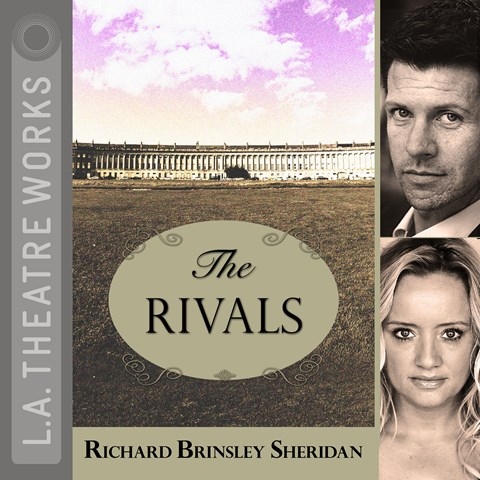 "The cause of all this is love." What a wonderful way to begin this delightful comedy of romance, mistaken identity, and manners. First performed in London in 1775, this work is the theatrical link between Shakespeare and the modern-era works of Oscar Wilde and George Bernard Shaw. In this energetic production, the entire cast, including British television standouts Lloyd Owen and Lucy Davis, handle the heightened language and eighteenth-century rhythms with joy and clarity. But leave it to the incomparable Rosalind Ayres as Mrs. Malaprop to steal the show. The original source of the word "malapropism," the literarily unique Mrs. Malaprop has only to utter upside-down phrases like "she's as headstrong as an allegory on the banks of the Nile" to keep the listener doubled-up with laughter. Classic theater. B.P. © AudioFile 2014, Portland, Maine [Published: MAY 2014]