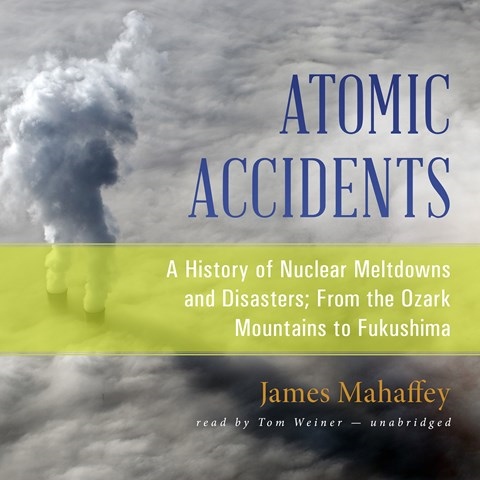 ATOMIC ACCIDENTS A History of Nuclear Meltdowns and Disasters; From the Ozark Mountains to Fukushima

Beginning with raucous accounts of steam engine collisions, narrator Tom Weiner guides listeners through a comprehensive history of energy disasters from the 1890s to the present. The book focuses on nuclear accidents, and Weiner's deep, resonant voice suggests the immense potential of the atom—and the striking cost of human error. In contrast to the subject itself, James Mahaffey's writing is surprisingly charming. While Weiner's narration is rather formal and authoritative, he always succeeds in letting the listener in on the wry observations within Mahaffey’s reasoned arguments. Make no mistake, the audiobook is dense (despite the omission of copious amusing footnotes). Weiner's consistent, evenly paced delivery offers listeners a chance to reconsider a timely and divisive issue—the safety and future of nuclear energy. A.S. © AudioFile 2014, Portland, Maine [Published: MAY 2014]