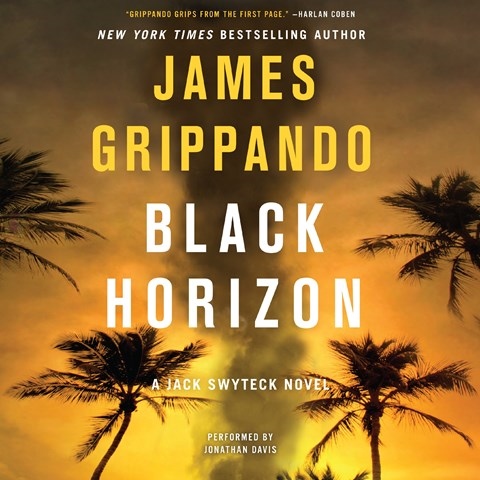 Jonathan Davis, suave and manly as ever, reprises his narration of the Jack Swyteck series. This time the Miami criminal attorney is pursuing a settlement from multinational owners of an oil rig that exploded near the Florida Keys. Davis portrays the stalwart Swyteck consistently, even through a few implausible plot twists. But Davis’s vocal skills are best applied in the dialogue of the shady Cubans, who insist they have complete control of the disaster recovery; the demanding Russian thugs, who may or may not be involved in Swyteck’s kidnapping; and the slippery Chinese trader who conceals secrets about the construction of the rig. When Swyteck discovers that his wive, an undercover FBI agent, is working the other side of the case, Davis reveals a glimmer of Swyteck’s insecurities. N.M.C. © AudioFile 2014, Portland, Maine [Published: MAY 2014]