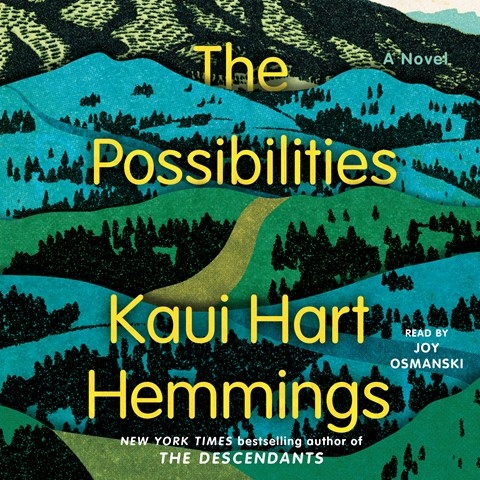 Narrator Joy Osmanski creates distinctive voices and then seems to disappear into them. In a masterful portrayal, she becomes Sarah, the bereaved narrator who is mourning the loss of her son, Cully. She also smoothly shifts into the other characters—Sarah's father, her best friend, Cully's father, and his girlfriend—to create conversations that are so sharp, thoughtful, and, sometimes, funny that the listener can’t resist reacting aloud. Her performance is of the highest quality, so natural and well paced that it feels like one's own thoughts animating the words. With palpable warmth, Osmanski confidently navigates a simultaneously heartbreaking and hilarious audiobook. Fans of Hemmings's previous hit novel (and the later film), THE DESCENDANTS, will love this—but no one should miss it. L.B.F. Winner of AudioFile Earphones Award © AudioFile 2014, Portland, Maine [Published: JULY 2014]