Home»Reviews»LIVING A LIFE THAT MATTERS 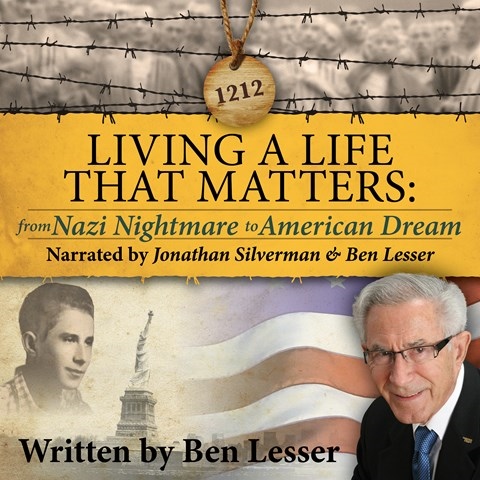 LIVING A LIFE THAT MATTERS From Nazi Nightmare to American Dream

The world has seen plenty of Holocaust memoirs. But as the number of survivors and witnesses grows smaller, the need to remember through first-person stories like this one remains important. Ben Lesser’s personal story of his experiences before, during, and after the Nazi Holocaust balances his descriptions of horror, tragedy, and degradation with a message of hope and an admonishment to “not stand idly by the blood of your neighbor.” The opening and closing chapters, read by the author, provide the strongest parts of this audiobook. The remaining chapters are narrated by Jonathan Silverman, who sounds sincere and heartfelt but whose youthful voice lacks the venerable tone of the octogenarian author. In the end, though, the moving message of the book makes this small flaw easy to ignore. S.E.S. 2015 Audies Finalist, SYNC 2014 © AudioFile 2014, Portland, Maine [Published: APRIL 2014]