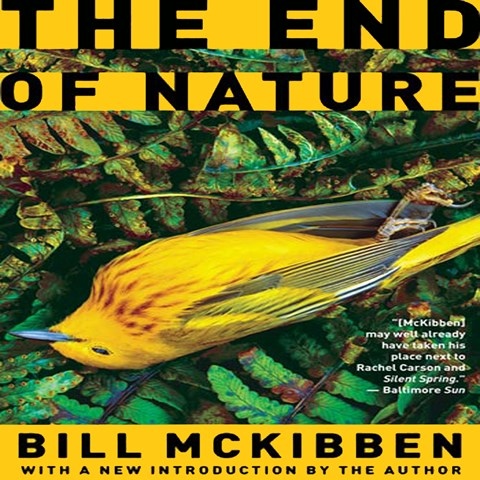 THE END OF NATURE

McKibben’s environmental classic, written 25 years ago and just released as an audiobook, is now more history than current reporting. Narrator Jeff Woodman does an excellent job of conveying McKibben’s manner of open inquiry and personal reflection. The predictions about climate change, based on 1980s science, have either come true or been established beyond reasonable dispute. McKibben’s musings about the meaning of it all remain anchored in the aesthetic environmentalism of the mid-twentieth century. Woodman’s slight Midwestern accent suits McKibben’s all-American pragmatism, and his delivery is always clear and perfectly paced. In a rapidly changing world, it’s both impressive and depressing to realize how little McKibben got wrong 25 years ago. F.C. 2014 Audies Finalist © AudioFile 2014, Portland, Maine [Published: MARCH 2014]