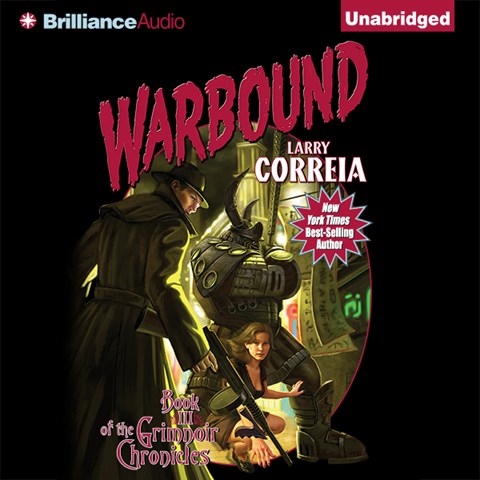 In the third audio adventure of Jake Sullivan, the detective and “heavy” hurtles through space in an airship in 1933, trying to destroy a seriously bad alien. Assisting him are mind-readers, travelers (the “beam-me-up” variety), shape-shifters, and people with telekinetic and other assorted top-secret superpowers (including Buckminster Fuller). Bronson Pinchot navigates the confusing plot with laser perfection, portraying the dialects and genders of the humans and other beings, as well as the narrative itself, without missing a beat. Every one of his characters, from protagonist to bit player, has a distinctive inflection and energy. Without Pinchot’s expert delivery, it would be difficult to keep plot and characters straight. R.L.L. 2014 Audies Finalist © AudioFile 2014, Portland, Maine [Published: APRIL 2014]