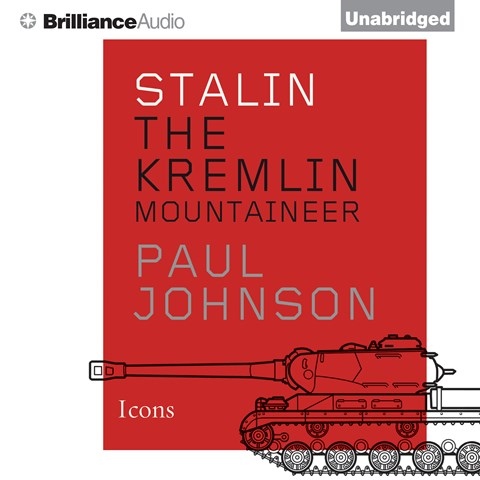 This fine audio production of popular historian Paul Johnson’s concise life of the murderous Soviet dictator proves there is no such thing as “Stalin Lite.” All those millions dead by starvation, in concentration camps, in war, and, by Stalin’s favorite method of dispatch, a bullet in the back of the head, still carry their awful burden. Grover Gardner’s steady narration conveys the full horror of Stalin’s regime while maintaining balance and objectivity, as well as a sense that justice, in the form of historical truth, has triumphed in the end. Perfectly attuned to its subject in opening and closing music, pacing, and, especially, choice of narrator, this is an excellent historical survey and introduction to one of history’s most terrifying and paradoxical figures. D.A.W. © AudioFile 2014, Portland, Maine [Published: JULY 2014]