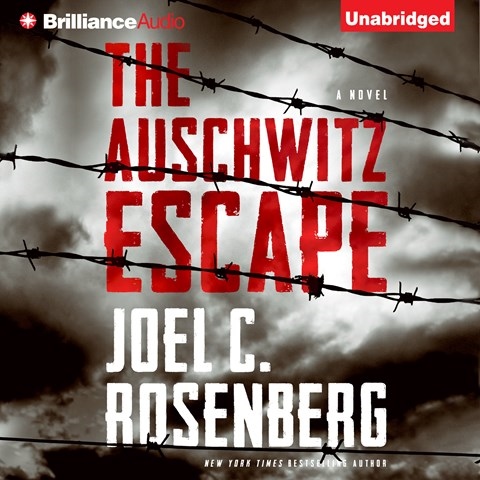 Narrator Christopher Lane doesn't need to add dramatic effect to this harrowing story of escape from the Auschwitz Nazi death camp. He wisely chooses a serious but straightforward narration that equally projects a strong humanity. Lane's steady, compelling performance serves the story of teenaged Jacob, a German Jew, and Jean-Luc, a French Christian pastor who survive the brutality and horror of the camp and make an escape. Keeping an emotional tone just below the surface, Lane allows listeners to hear of the horrors and grim descriptions without being derailed from Jacob's dedication to his escape, and the hope of success. The historical detail--much of the plot is based on Rudolf Vrba's actual escape--rings true in grim specifics, while the fictionalized interplay of characters enriches the story. Excellent listening. R.F.W. 2015 Audies Winner © AudioFile 2015, Portland, Maine [Published: JUNE 2015]