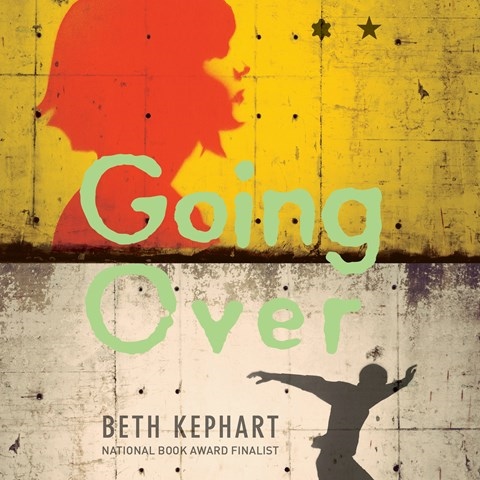 Ada, an almost 16-year-old girl who lives in West Berlin, is in love with Stefan, the grandson of her grandmother's best friend, who happens to live in East Berlin. It's the early eighties, and the Berlin Wall has not yet come down. Narrator Jessica Almasy's clipped style emphasizes the tension of life in that divided city. The only hint of a German accent in Almasy's narration is the distracting choice of pronouncing most "w" words with a "v" sound. The story is told in alternating chapters, with Ada's words in first person and Stefan's in second person. The male second-person voice is less compelling, especially since his thoughts are clearly spoken in Almasy's clearly female voice. N.E.M. © AudioFile 2014, Portland, Maine [Published: OCTOBER 2014]