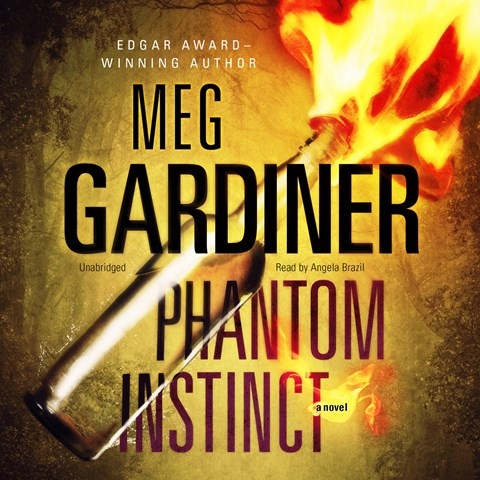 When a tragic fire takes the life of bartender Harper Flynn’s boyfriend, those chaotic moments and their aftermath come across in the emotional narration of Angela Brazil. Her delivery reflects the story’s energetic pace as Harper tries to convince police she knows who was behind the fire. But Brazil falters a bit in vocal variety. With her men and women sounding a bit too similar, the characters lack distinctive identities. But her emotional tone and fast pace keep up with the frenetic speed of the story as sadistic thugs close in on Harper and her allies. M.B. © AudioFile 2014, Portland, Maine [Published: AUGUST 2014]