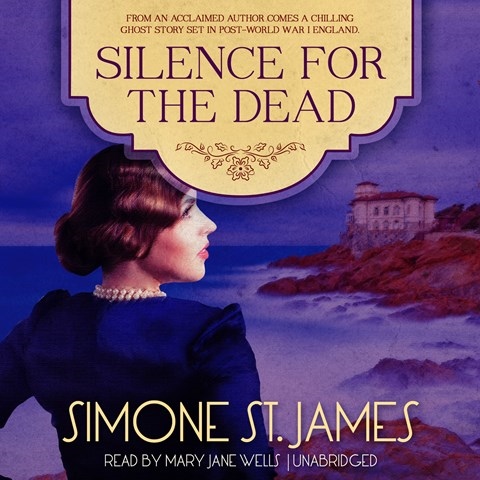 SILENCE FOR THE DEAD

It’s hard to imagine a narrator better suited to voicing the determined and resourceful Kitty Weekes than Mary Jane Wells. It’s 1919, and Kitty, desperate to escape abuse and poverty, poses as a nurse at isolated Portis House, a home for shell-shocked veterans. With its disturbed inhabitants, Portis House—understaffed, decaying, and having only candlelight at night—provides the perfect setting for an old-fashioned ghost story. Wells captures Kitty’s ally, war hero Jack Yates, and the voices of the other men, with assurance. The story has just enough shivers for enjoyment as well as a little romance and fascinating insights into societal attitudes toward PTSD before it was recognized. C.A.T. © AudioFile 2014, Portland, Maine [Published: MAY 2014]