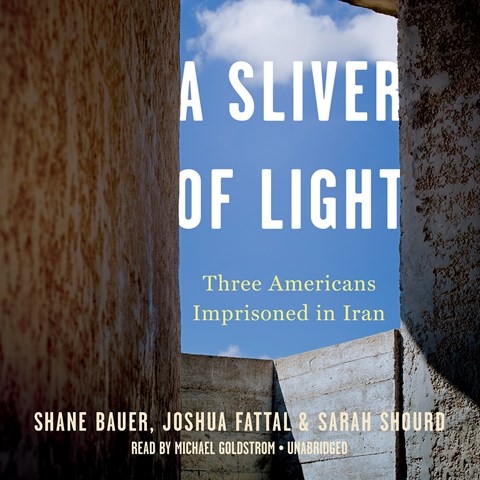 A SLIVER OF LIGHT Three Americans Imprisoned in Iran

Listeners may remember the story this riveting audiobook is based on. Three young Americans, the authors, were hiking in Iraqi Kurdistan in 2009 when they inadvertently crossed the Iranian border and were captured and accused of being spies. Each of the authors has his or her own narrator. Michael Goldstrom, as Shane, has a strong, deep, nasal-infused voice that reflects the romanticism inherent in the trek the three set out on. Tristan Morris, as Josh, has a slightly higher, though similarly nasal, pitch. He conveys the wonderment of the adventure, reading more hurriedly but with sincerity and composure. Julia Whelan, as Sarah, has the most serious voice and the narrowest range, but she’s the most effective in voicing the fear and foreboding in the hikers’ story. The book is both a political and psychological story, and succeeds on both levels. R.I.G. © AudioFile 2014, Portland, Maine [Published: APRIL 2014]