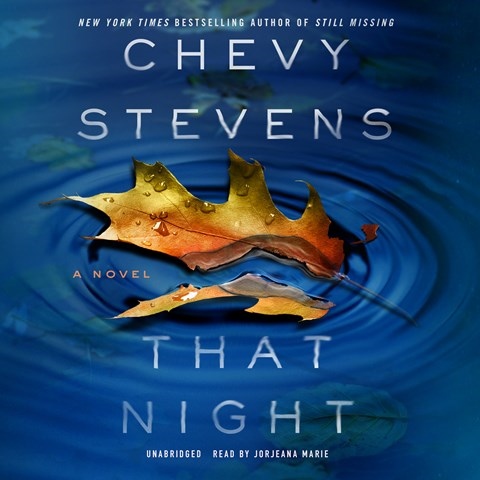 Expertly portrayed by narrator Jorjeana Marie, Toni Murphy tells her life’s story through a series of flashbacks that go back to the year 1996. As she graduates from high school, Toni is convicted of murdering her sister, Nicole. Now, after having served 15 years, she’s out on parole and desperate to avoid any trouble. Marie adds reality and substance to the circle of girls who bully Toni in school, deftly building the tension in this psychological suspense. Her voice gives personality to Toni’s character, and her pacing, tone, and dialogue are spot-on. Even the male character voices are well done. Overall, Marie heightens the emotional scenes, including the surprising conclusion, which reveals who really murdered Nicole. S.C.A. © AudioFile 2014, Portland, Maine [Published: JULY 2014]