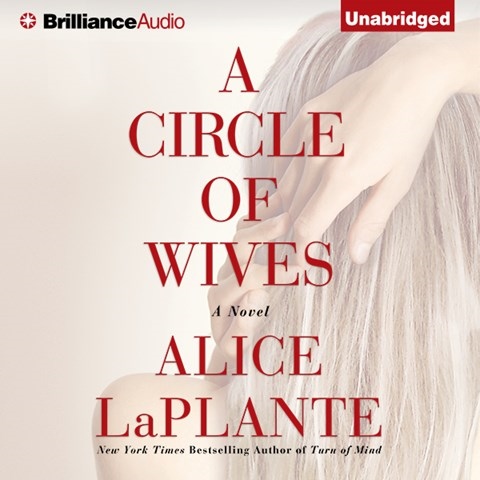 A CIRCLE OF WIVES

Kyla Garcia manages the perfect balance between uncertainty and determination as she voices new detective Sam Adams's battle to differentiate truth from lies on her first murder case. Plastic surgeon John Taylor is found dead in a hotel room. As the story unfolds through first-person accounts--delivered by the other female narrators--and newspaper reports--read by George Newbern--the listener is invited into the complicated life of Taylor, who had three wives. Only the first wife, Deborah, coolly characterized by Nan MacNamara, knows of the existence of the others. At times, the listening is disorienting as each of these very different women voices her grief and analyses the lie of her marriage. It can be painful but ultimately fascinating. Who killed the likable and idealistic Doctor Taylor and why? C.A.T. © AudioFile 2014, Portland, Maine [Published: MAY 2014]