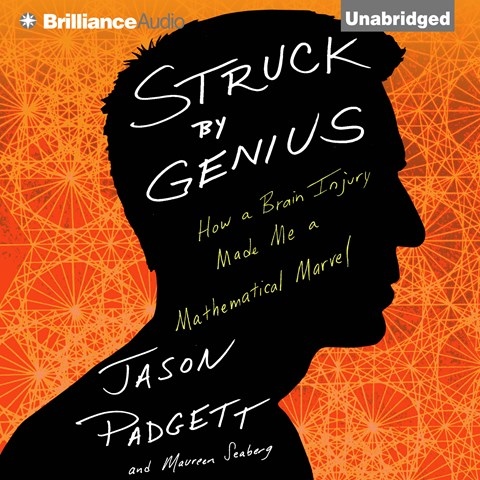 This first-person account of the life and trials of the man with the first documented case of acquired savant syndrome and mathematical synesthesia will change the way you think about consciousness. Jason Padgett was a normal--if rather shallow--young man until a traumatic brain injury transformed the way he understood the world and the way he interacted with it. Jeff Cummings rises to the extraordinary challenge of presenting a first-person account of a transformation of consciousness. He reads Padgett's memoir with an open, upbeat authenticity. He helps the listener accept and, eventually, like and admire a man whose perception of the world is so different from the majority of people's. Cummings's voice is strong, and his pacing is perfect. F.C. © AudioFile 2014, Portland, Maine [Published: SEPTEMBER 2014]