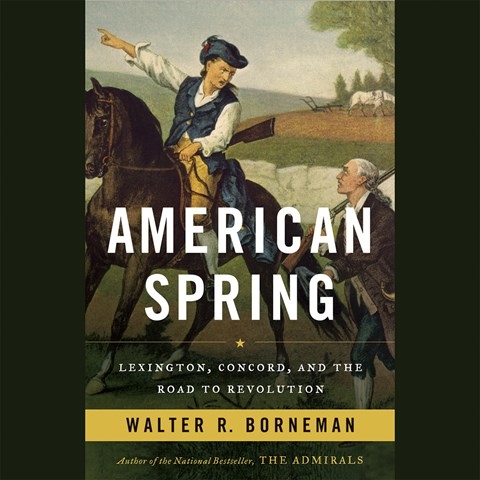 AMERICAN SPRING Lexington, Concord, and the Road to Revolution

How did media spread opinion before modern terms like "spin" existed? That question—as much as the Battle of Bunker Hill—is a part of Borneman's account of the Revolutionary War and its kindling. Tom Taylorson's clear-as-a-bell narration offers stories of people like Samuel Adams and Ben Franklin, along with battle accounts. An anecdotal style in both writing and narration gives both sides sympathetic treatment. Borneman lets listeners know there's a lot that's mysterious about the formation of the United States. His thorough, thoughtful writing—coupled with a reading that gently draws listeners in—makes for an interesting all-angles historical account. J.A.S. © AudioFile 2014, Portland, Maine [Published: JULY 2014]