Home»Reviews»LIVING WITH A WILD GOD 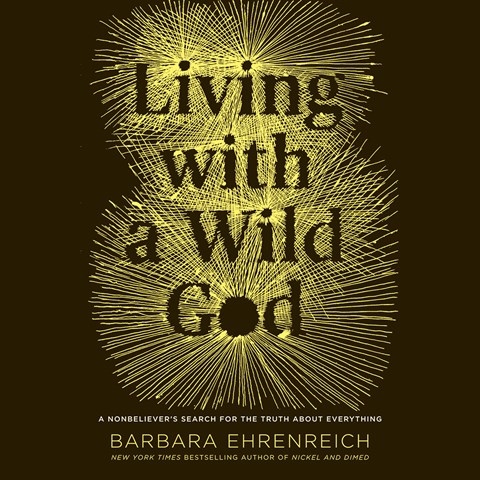 Barbara Ehrenreich is smart, forceful, and wryly entertaining, both in her writing and her narration. Best known for her social activism, Ehrenreich gives a peek into her personal life in this memoir. And what a life it is! She grew up with alcoholic, bickering parents, maternal mean-spiritedness, and an affinity for math and science despite being a girl—but the stridency of her tone dares the listener to even think about feeling sorry for her. Despite coming from several generations of working-class atheists, Ehrenreich has a mystical experience as a teenager that she records in her diary. In middle age, she rediscovers the diary, and it sets her on a spiritual and philosophical quest. The quest may wander a bit, but Ehrenreich’s performance is so honest and appealing that it demands attention. A.B. © AudioFile 2014, Portland, Maine [Published: APRIL 2014]