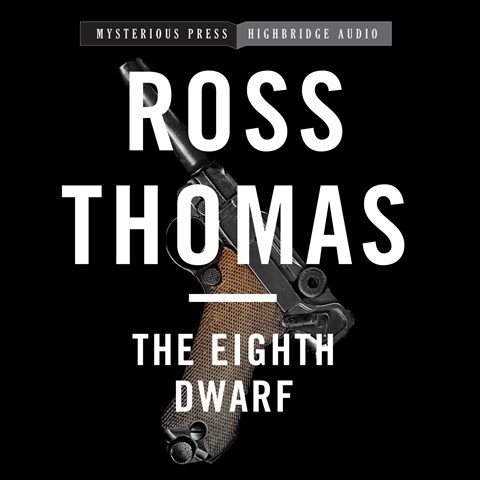 Given the humor and grit he liked to mix in his suspense novels, Ross Thomas would rejoice at Johnny Heller’s versatile and often hilarious performance of this work. It is set in 1946 and features unemployed former OSS op Minor Jackson and Polscaru, a Romanian dwarf who hires him to find a young German-Jewish assassin who won’t stop killing Nazis—war or no war. The accents are huge fun: Texan, British, German, Polish, Romanian, and Russian, just for a start. Meanwhile, Heller manages to make Polscaru, a compulsive liar, double-crosser, and indefatigable ladies’ man, weirdly charming. Not to mention the wide-eyed innocence he gives to the assassin’s virginal sister who claims she learned all those esoteric sex techniques from a book. Great acting. B.G. Winner of AudioFile Earphones Award © AudioFile 2014, Portland, Maine [Published: JUNE 2014]