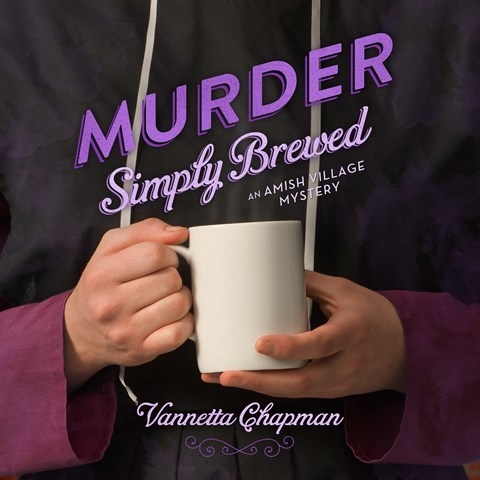 Narrator Renee Ertl strikes just the right balance between the two major characters of this mystery, village manager Amber Wright and young Amish clerk Hannah Troyer. When Ethan Gray is found dead in his coffee shop, everyone is shocked when the police rule it a heart attack. Ertl renders the Englisher (non-Amish) and Amish characters with warmth and distinction. Her best portrayal is that of a drug-addicted woman whose moods change by the minute. The descriptions of Amish life and terms such as "nein" and "bruder" add to the sense of place. As Amber and Hannah close in on the killer, they each find romance, adding a further element to this enjoyable mystery. S.G.B. © AudioFile 2014, Portland, Maine [Published: JULY 2014]