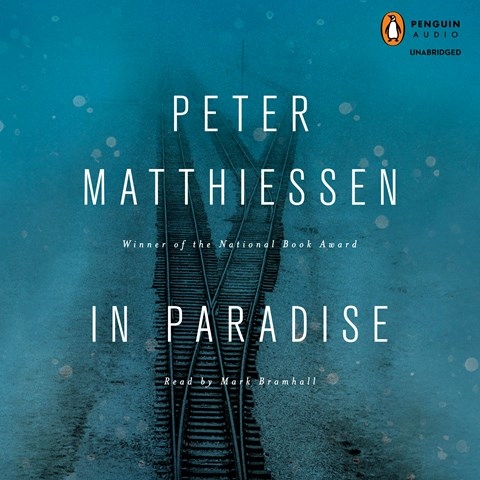 Mattheissen’s last novel may not be his best, but in this audio production Mark Bramhall’s remarkable voice brings beauty, intensity, and emotion to a provocative novel of ideas. Only a superb actor could do justice to the central event, an international interfaith meditation retreat at and about Auschwitz. There is not so much a plot as an ongoing spiritual debate among Protestants, Catholics, Buddhists, and Jews about guilt, suffering, and survival, with some story threads woven through, but Bramhall keeps listeners engaged with the conflicted protagonist, an American academic of Polish extraction, and makes those around him into vivid (if sometimes unpleasant) people. Bramhall’s skill and gorgeous timbre do more than justice to Matthiessen’s grand ideas, and to the humanity of his goals. B.G. Winner of AudioFile Earphones Award © AudioFile 2014, Portland, Maine [Published: JUNE 2014]