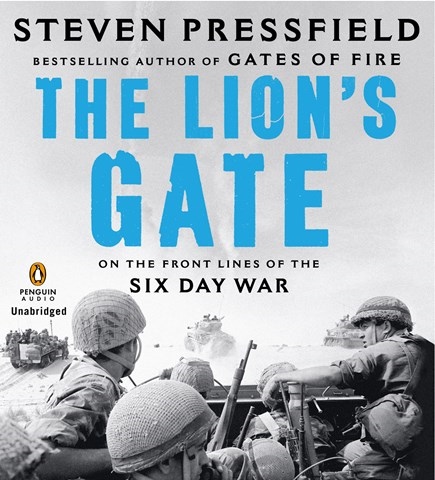 Malcolm Hillgartner narrates these profiles in a conversational tone. As the author emphasizes in the introduction, this is not a book about the politics, planning, or grand battle plans of Israel's Six-Day War. Rather, it's a look at pieces of the war as seen by people on the ground doing the fighting. There are names listeners will recognize, such as Moshe Dayan and Ariel Sharon, and many more that they won't. But their stories are compelling, made all the more so by an effective reading. These are personal stories told in the first person, and Hillgartner reads them in a conversational tone that is inviting. He lightens the tone when needed and adds gravity when appropriate. His facility with Israeli names and places and Hebrew phrases makes the narration move along easily. R.C.G. © AudioFile 2014, Portland, Maine [Published: JUNE 2014]