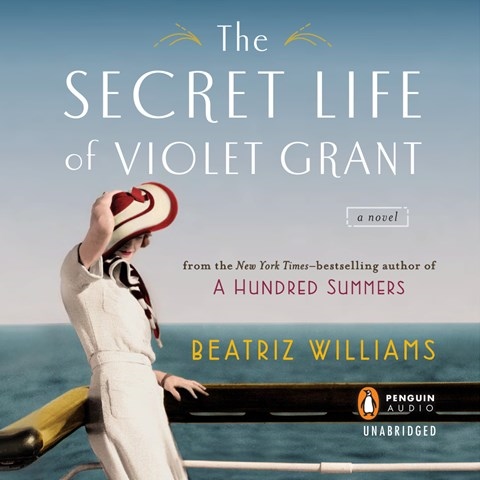 THE SECRET LIFE OF VIOLET GRANT

Narrator Kathleen McInerney’s rapid pace and perky tone work well for this romp through the 1960s. Reporter Vivian Schuyler navigates the New York dating and publishing scenes while attempting to solve the mystery surrounding her great-aunt Violet, who disappeared in WWI. McInerney's pacing and use of accents keep the many plot twists and surprises clear while fully differentiating each character. The book doesn't take itself too seriously, and McInerney's ability to capture its light tone makes this a perfect beach listen or cozy winter read. M.O.B. © AudioFile 2014, Portland, Maine [Published: AUGUST 2014]