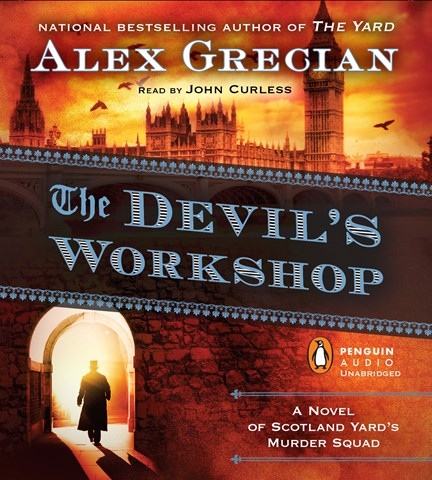 In London in 1890, a secret society dedicated to a certain type of justice orchestrates a prison break, but the plan dangerously backfires when prisoners—and captors—are unaccounted for. From the start, narrator John Curless immerses listeners in the dark, criminal world of the Scotland Murder Squad. Curless confidently navigates the fast-paced mystery, guiding listeners between multiple plots and characters while employing a variety of British accents. Inspector Walter Day and Sergeant Nevil Hammersmith reunite to lead the investigation, and Curless captures their camaraderie with well-timed banter. Most chilling and effective is his rendering of the elusive Jack the Ripper. He gives Jack a sinister controlled voice that deftly reflects his twisted psyche. A.S. © AudioFile 2014, Portland, Maine [Published: JULY 2014]