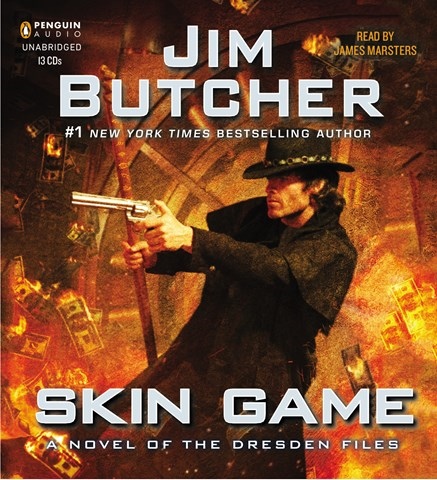 This is James Marsters’s fourteenth narration of the Harry Dresden series. He still sounds fully engaged with the Chicago wizard and his magical world. In this installment, Marsters embodies the world-weariness of Dresden as he deals with the latest schemes of the queens of fairy and the monsters, who are fighting for power in the mortal world. Marsters effectively manipulates his voice, filling it with with emotion when Dresden speaks to his young daughter, deepening it to the lower reaches of his natural baritone as he depicts a seven-foot monster, and lightening it as he portrays a supernatural fairy queen. One could say that Marsters gives a master class in audiobook narration while delighting fans of the series. G.D. Winner of AudioFile Earphones Award © AudioFile 2014, Portland, Maine [Published: JULY 2014]