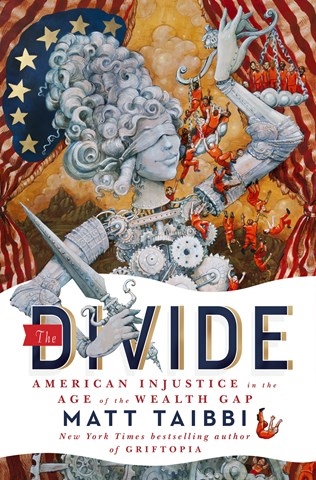 THE DIVIDE American Injustice in the Age of the Wealth Gap

This muckraking audiobook is full of sound and fury concerning the wealthy people who control the economy and the justice system, and the poorer citizens who make up the majority of those in jail. These groups form the divide in American society, according to journalist Taibbi, and they're getting farther apart by the minute. Narrator Ray Porter has the kind of deep, authoritative voice that can be a cliché in narrators who are discussing current social issues. But Porter breaks out of the mold and injects his personality into the work. He sounds like he's speaking to listeners individually and reads with pauses and emphasis that personalize the information. There are times when he runs out of breath or ends sentences awkwardly, but his efforts do make the book more relevant and interesting. R.I.G. © AudioFile 2014, Portland, Maine [Published: JUNE 2014]