Home»Reviews»THE GIRL IN THE ROAD 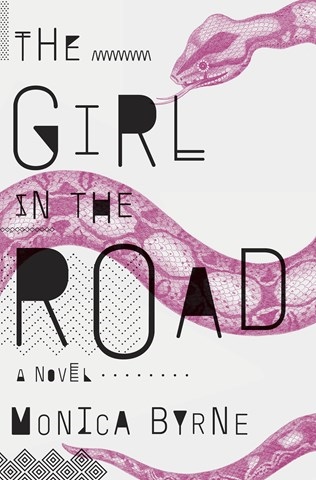 THE GIRL IN THE ROAD

In the future world of the 2060s, two young women journey from their homes in separate storylines that eventually converge. Narrator Nazneen Contractor portrays Meena, who leaves Mumbai and travels toward Djibouti over a bridge across the Arabian Sea. Contractor is undaunted by explicit bisexual scenes, and her portrayal of this educated, complex young woman is distinctive. Weaving around this plot is the story of Mariama, who escapes from slavery as a small child and joins a caravan heading across Saharan Africa toward Ethiopia. Narrator Dioni Collins reflects Mariama’s tentativeness in facing the challenges of the world, but her voice shows the character’s growing confidence and strength as her journey progresses. The two narrators effectively draw the contrasts between the two women, helping the listener follow the plot as their lives come together. J.E.M. Winner of AudioFile Earphones Award © AudioFile 2014, Portland, Maine [Published: AUGUST 2014]