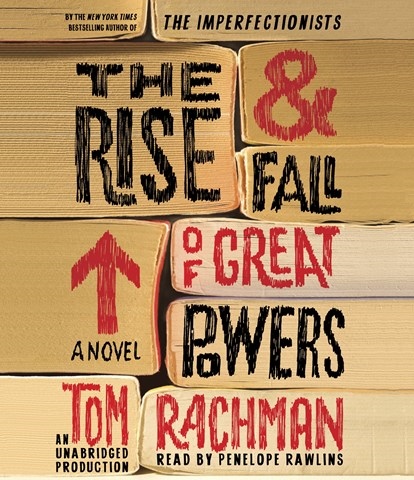 THE RISE & FALL OF GREAT POWERS

Narrator Penelope Rawlins gives an outstanding performance, doing justice to the strong and varied personalities in this character-driven book. The story revolves around Tooly Zylberberg, the owner of a not very successful bookstore in Wales. Tooly comes to the United States in search of her past, which is populated by the eccentric and sometimes criminal people who raised her, plus a couple of former boyfriends. Rawlins captures both Tooly’s childhood and adult personalities and makes vivid the six or seven major characters of differing nationalities and ages. This book, which moves back and forth between three different time periods, presents a challenge for any narrator. Rawlins doesn’t stumble, and her work enhances the rich writing. G.S.D. Winner of AudioFile Earphones Award © AudioFile 2014, Portland, Maine [Published: JUNE 2014]