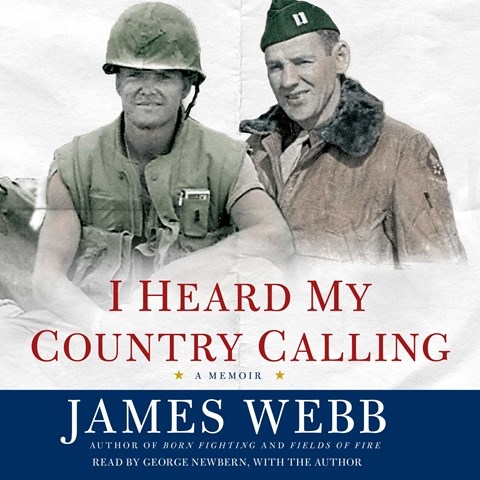 I HEARD MY COUNTRY CALLING

Narrator George Newbern’s homey tone and use of a Southern accent succeed in making this book seem as all-American as its author. Webb, a combat veteran, former U.S. senator (D—Virginia), and secretary of the navy in the Reagan administration, calls his memoir a love story. His loves are family, country, and service. He’s seen war, peace, and politics, and he recounts his experiences with pride. Newbern narrates with an easy style, making the book engrossing by involving the listener with a friendly, open approach. He doesn’t have an especially elastic range, which does limit his effectiveness, but he varies his tone to encompass the joys of family stories and the horrors of Webb’s experiences in Vietnam. R.I.G. © AudioFile 2014, Portland, Maine [Published: AUGUST 2014]