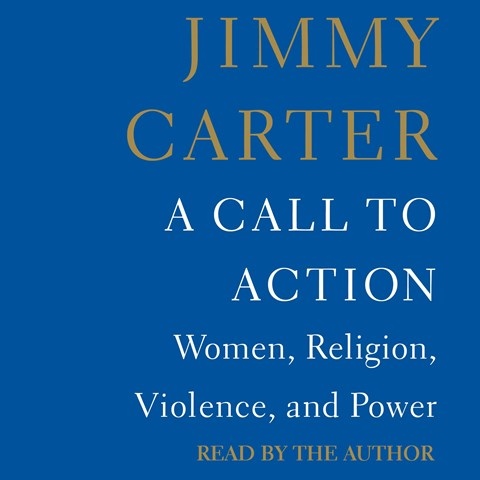 A CALL TO ACTION Women, Religion, Violence, and Power

Former President Jimmy Carter's call to action concerns the struggles faced by women around the world. Carter's narration in his signature Georgia drawl is slightly indistinct, which can make it a bit difficult to understand at times, but hearing his ideas in his own voice gives an additional dimension and authority to the work. Carter touches on discriminatory practices that have subjugated women, violence and abuse directed at women, and how religious texts are used to legitimize practices that keep women on a level unequal to that of men. His timely call for equal rights and opportunity for women is sure to raise consciousness on this global issue. S.E.G. © AudioFile 2014, Portland, Maine [Published: MAY 2014]