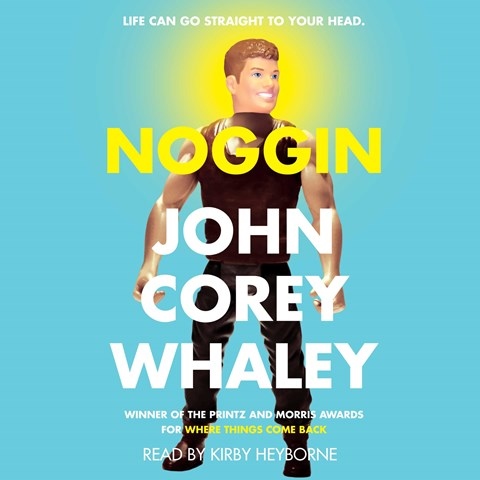 When 16-year-old Travis Coates dies from leukemia, he leaves his head behind to be cryogenically preserved for future re-animation. Upon waking five years later with a healthy donor body, Travis tells his miraculous story. Kirby Heyborne embodies every aspect of Travis: his bewilderment at his best friend's return to the closet, his denial of his girlfriend's upcoming nuptials, his disgust at finding his own ashes secretly stored at home in an urn, and his horror and sadness at discovering his parents' divorce. Set against all these obstacles is the unwaveringly lovable voice of Travis's new best friend, Hatton, who dubs him "Noggin." Heyborne grounds each of Travis's head and body jokes with a touch of sarcasm, making the unbelievable seem plausible. M.F.T. © AudioFile 2014, Portland, Maine [Published: SEPTEMBER 2014]