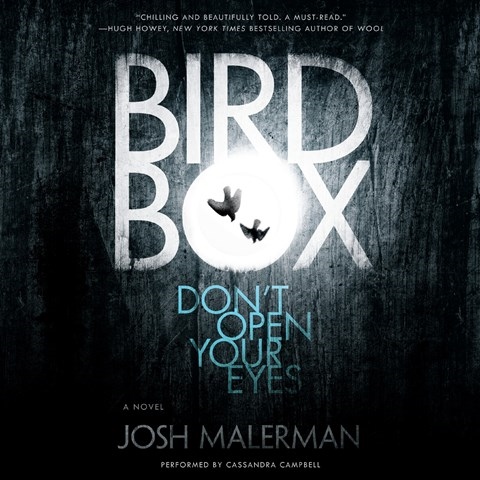 As a mother moves through a savage postapocalyptic world with her two small children, her anguish and anxiety are palpable in Cassandra Campbell’s narration. Campbell also evokes the terror of other survivors in a world in which mysterious creatures drive people insane upon sight. Her tone is perfectly apprehensive, and she also captures their rising tension, demonstrating a range of emotions from rough masculine shouting to hysterical feminine weeping. From start to finish, Campbell has a firm grasp on the listener. A.K.M. © AudioFile 2014, Portland, Maine [Published: DECEMBER 2014]