Home»Reviews»QUEEN OF THE DARK THINGS 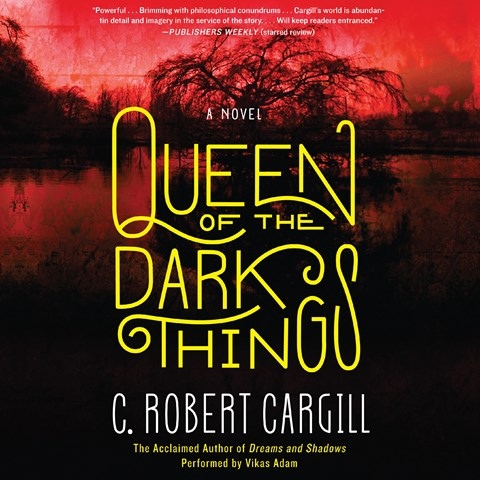 QUEEN OF THE DARK THINGS

Listeners who enjoyed the urban fantasy DREAMS & SHADOWS will be interested in Cargill’s second episode. Colby Stevens is a young wizard who is trying to live a relatively low-key and hidden life in Austin, but Austin is under siege. A dark presence is wreaking havoc and calling herself the Queen of Dark Things. She has a long history with Colby, which gives narrator Vikas Adam an opportunity to show his versatility as he presents both of them in much younger years and in the present. Adam’s detachment in the narrator persona contrasts with the intimacy of the friends who surround and try to protect Colby. Their varied ages and personalities are ably performed by Adam. J.E.M. © AudioFile 2014, Portland, Maine [Published: DECEMBER 2014]