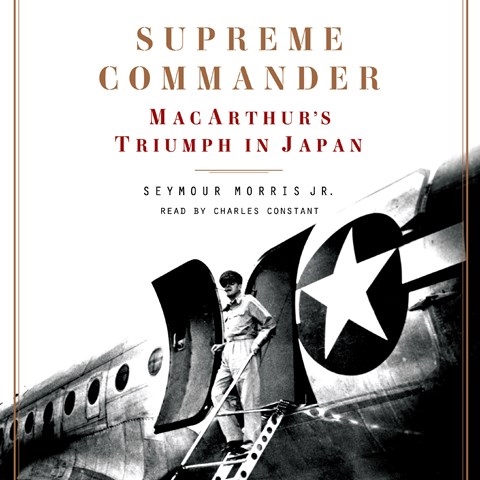 This audio version of Morris’s history of General Douglas MacArthur’s virtual dictatorship over Japan following WWII exceeds its text, and most other versions of this story, in particular the lame rendition in the recent film "The Emperor." Morris is a fine researcher but a somewhat plodding writer, and Charles Constant’s steady delivery carries his text through its inevitable dry patches. The story is complicated, full of legal and historical niceties, and its protagonist is larger-than-life and greatly flawed but in many ways an admirable figure. Constant holds together these somewhat disparate and contradictory elements and delivers a narrative that is rewarding both as a character study and a reconstruction of a vital period in twentieth-century history. D.A.W. © AudioFile 2014, Portland, Maine [Published: JUNE 2014]